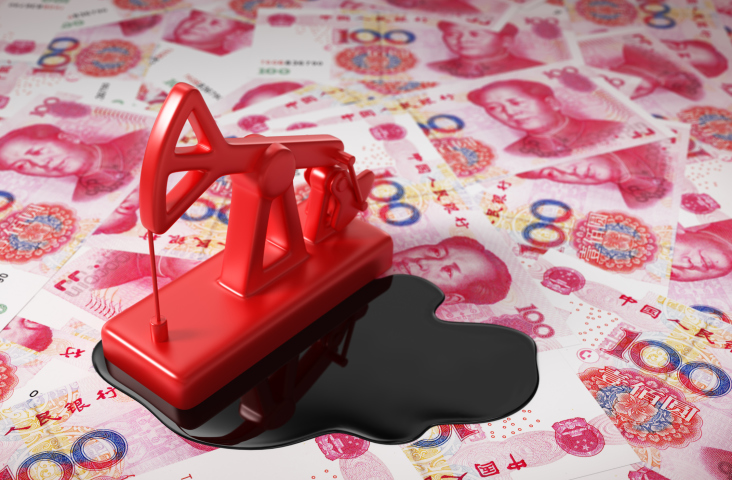 While the uncertainty and volatility in the market seems painful right now, we believe it will normalize as it works through four key issues:
• China’s growth is slowing, but its previous growth rate was unsustainable
• Oil prices are expected to remain low in the near-term, but may stabilize at higher levels
• We believe the overall economy continues to remain on solid footing
• The Fed will continue to monitor global economic and financial market developments to assess the risks to their forecasts and adjust its actions/guidance as necessary

We are just a few weeks into 2016 and the market concerns have not changed from where we ended the year. China, oil, the U.S. economy, and the Federal Reserve still dominate the discussion; unfortunately they have simply intensified simultaneously.

Slowing growth in China
The slowing growth rates in China should not come as a surprise and hinge on two basic elements:
• China’s GDP has grown to $10 trillion, the second-largest economy in the world. Its economy is now like an ocean liner instead of a speed boat. The absolute size of the economy should result in lower growth rates compared to history.
• The government is seeking to transform the economy to rely less on investment spending and more on internal consumption, which is also leading to slower growth. For example, the capital outlay required to build bridges and rail networks is significantly larger than stocking supermarket shelves or providing wealth management advice.

While the recent volatility in the local Chinese stock market is reflecting investor concerns that the economic weakness is larger than anticipated, coupled with the uncertainty around how authorities are managing its currency and equity markets, we do not currently expect that Chi-nese growth will entirely collapse into recession.

Falling oil prices
In our opinion, slowing demand for oil is only a small part of the equation. The collapse in oil prices is largely due to technological advances that have led to supply growth. We have clearly seen responses at the company level via production and capital expenditure cuts.

Despite the lower demand for oil, Saudi Arabia announced at the end of the year that it would continue to maintain supply at current levels. This move, combined with the oncoming supply from Iran as a result of the removal of sanctions, is producing an excess of global oil supply driv-ing prices lower.

The Saudis are one of the lowest cost oil producers in the world and have a very large capital reserve cushion which can continue to support their economy at these ultra-low oil prices. Other regions with higher cost oil such as the U.S. cannot. As such, we’ll see more downgrades and defaults as well as consolidations among U.S. energy-related companies.

While it is difficult to predict the future direction of oil prices, the price of oil is down 80% from its peak in 2008 and is trading at levels not seen since the beginning of the century. Like many things, the decline in oil hurts some but benefits others. For example, countries such as the United States, China, India, Taiwan and Korea are net importers of oil and should benefit from lower energy prices overall. While oil prices are expected to remain low in the near-term, we believe that eventually they stabilize at higher levels.

Continued Moderate U.S. Economic Growth
At the beginning of the year, the ISM Manufacturing Index report came out weaker than expected and has caused many investors to question the overall strength of the U.S. economy.

Although recent data indicates some slowing during the fourth quarter, we believe the overall economy will continue to grow at a moderate pace of 2%–3%. Housing has recovered from the economic crisis of 2008. The banks have recapitalized and are in stronger financial shape. Em-ployment has also recovered. Unemployment stands at low 5% levels. Our proprietary economic scorecard continues to show solid but not spectacular U.S. economic growth.

Tighter U.S. monetary policies
The end of the Federal Reserve’s zero interest rate policy was finally realized in December. The Fed’s most recent guidance is to expect four rate hikes in 2016 but they reiterate they remain ‘data dependent’. Many question if this is still appropriate given the recent weakness in manufacturing.

While interest rates in the U.S. are likely to rise going forward, we continue to expect that the pace of growth in the U.S. economy will be more moderate. Additionally, the Fed will continue to monitor global economic and financial market developments to assess the risks to their fore-casts and adjust their actions/guidance as necessary.