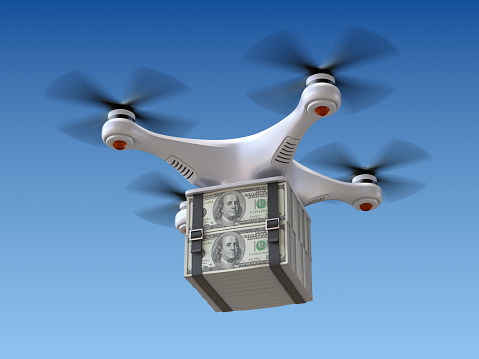 In recent months we have focused our writing on three primary drivers of market volatility. First we discussed how negative rates affect foreign banks. Secondly we discussed how deep and wide the oil slide will affect the world’s economies. Third we discussed the repricing of earnings. I will expand on the first two a bit.

The March 27, 2016 Sunday edition of the San Antonio Express News contained an article from Bloomberg News titled; Billions from heaven? “Helicopter money” winning fans. The article had particular interest because the title comes from a 1969 proposal from Nobel Laureate Milton Friedman. Since I had the opportunity to meet Dr. Friedman in the mid-1980s and on two occasions was afforded the opportunity to dine with Dr. Friedman, the concept of Helicopter Money is familiar to me.

The idea is to spur spending and investment directly rather than utilizing traditional methods to ‘influence’ bond yields. Dr. Friedman’s explanation went something like this: “Let us suppose now that one day a helicopter flies over this community and drops an additional $1,000 in bills from the sky, which is, of course, hastily collected by members of the community. They spend it, increasing economic activity and push up inflation.”

His landmark 1957 work, A Theory of the Consumption Function, took on the Keynesian (John Maynard Keynes) view that individuals and households adjust their expenditures on consumption to reflect their current income. Friedman showed that, instead, people’s annual consumption is a function of their “permanent income,” a term he introduced as a measure of the average income people expect over a few years.

Dr. Friedman is also quoted as stating: “Inflation is always and everywhere a monetary phenomenon in the sense that it is and can be produced only by a more rapid increase in the quantity of money than in output. … A steady rate of monetary growth at a moderate level can provide a framework under which a country can have little inflation and much growth. It will not produce perfect stability; it will not produce heaven on earth; but it can make an important contribution to a stable economic society.”

The reason I bring this out is that inflation is the very thing that the world’s various economic decision makers are craving, but have yet to be able to manufacture. The idea of “Helicopter Money” has recently been mentioned by former Federal Reserve Chairman Ben Bernanke, European Central Bank President Mario Draghi, and Hedge fund titan Ray Dalio. Gabriel Stenin, an economist at Oxford Economics LTD. In London stated “The likelihood is reasonably high of some form being implemented somewhere.” The theory would work like this: A cash-strapped government sells short-term debut straight to their central bank for newly printed money that is injected straight into the economy via tax cuts or spending programs bypassing the usual intermediaries, banks.

This leads me full circle back to one of Dr. Friedman’s most notable quotes: “One of the great mistakes is to judge policies and programs by their intentions rather than their results.”

The point is that these types of policies have never been tried before. No one is certain what the end result will be. Most are certain that eventually the people will have to foot the bill and adjust their spending. Recall that Dr. Friedman also suggested that folks adjust their spending to what he called their “permanent income” not to the immediate income. At issue is the debate between what Dr. Friedman called permanent income versus spending all the money you have as quickly as possible on things you may or may not need. Eventually the chickens come home to roost and whether or not it is a five year average or a ten year average, spending will eventually revert back to the mean average of a period of years, which means if there is lots of spending on the front side of the curve, there will be little spending on the back side of the curve. Eventually we pay the price and eventually the markets will adjust for that reckoning. Just not now.

We glean most of the information below from Geoff Blanning, Head of Commodities at Schroders.

Following an oil price rally of nearly 50% since its February lows, we look at the main catalysts behind the move and whether the rally will last.

A slowdown in oil production growth combined with sustained record levels of demand and a reversal of deeply-depressed investment demand is already boosting the oil price and could create a sustained rally in 2016.
While oil supply grew overall in 2014 and 2015, the rate of production growth slowed sharply in the second half of 2015.

The main reasons that suggest we could be at the peak of production are as follows:

• The most significant decline in production growth will be seen in the US, given the recent renewed collapse in drilling activity and initial decline rates of shale wells.
• Saudi Arabia and Iraq boosted supply materially, but growth has already stopped.
• February’s Saudi announcement, with Russia, of a “freeze”, gives us a strong indication that even the Saudi pain threshold has now been reached.
• OPEC production has likely also peaked as a necessity to drive the price higher.
• Considering the cost of production, it is plain that no producer will survive if the price remains at $30 or below:  BP thinks it could breakeven at $60 while the best US shale producers could perhaps live with $50
• Oil inventories remain high and still represent a risk factor until the physical market surplus definitively erodes.
• Globally, supply will likely be stable or decline moderately on account of the sustained, reduced level of capital expenditure (capex) and maintenance spending.
• Future demand projections are dependent predominantly on expectations for economic growth in major economies and thus have the potential to vary widely. Realistically and conservatively, however, we expect additional demand of over 1 million barrels-per-day (mbd) in 2016 to reach 95-96mbd, another record, and likely a further 1.5mbd in 2017.
• We see a few reasons to believe that the “oil age” is not over yet and demand should remain healthy.
• We assume very modest growth in the US, Europe, India and China.
• Emerging markets (EM) remains an important feature of the global demand picture.
• In developed economies, we can expect structural demand weakening to be offset by a return to normal weather and also by an uplift to demand as a result of the cheap price.
• A weakening in the US dollar could also act as a counterbalance to any fall in demand.
• With conservative assumptions, the oil market supply/demand balance appears already to be on a tightening trajectory. Sooner or later it will result in a deficit which then will expand and show persistence for some considerable time no matter how much the price rises.
• Consensus market expectations appear wrong on two counts:
o That the price will not recover until late this year or 2017.
o That the rising price will restart new US shale supply which will cap the rally.
o ******This latter point is crucially important to understand.

It is widely suggested that US shale is the new “swing supplier”. The counter argument to this suggestion is “not at this price, and not likely for many years to come”, as the financial wounds from the current episode are much too deep to heal quickly. Thus, there is an interesting question now regarding excess capacity in the market and what could happen to the price in the event of a meaningful supply disruption.

Is now the right time to buy oil?

The oil price has been driven to the current low level partly because of the “free for all” price war within OPEC (and involving Russia). Many countries have been producing flat out to retain market share. So who will fulfil higher demand in the next 12-24 months if not US shale? Only Saudi Arabia has spare capacity (2mbd, it is believed) but the Saudis will certainly be reluctant to risk driving the price lower again and in any case, by mid-2017 the supply deficit could be well over 2mbd.

Conclusion: Investment demand for oil is clearly pro-cyclical (the value of oil tends to move in the same direction as the economy) and is currently deeply depressed. Should the price rise, this picture will start to reverse, possibly (depending on the trigger) in a very substantial way. The risk in this market is now heavily skewed to the upside.